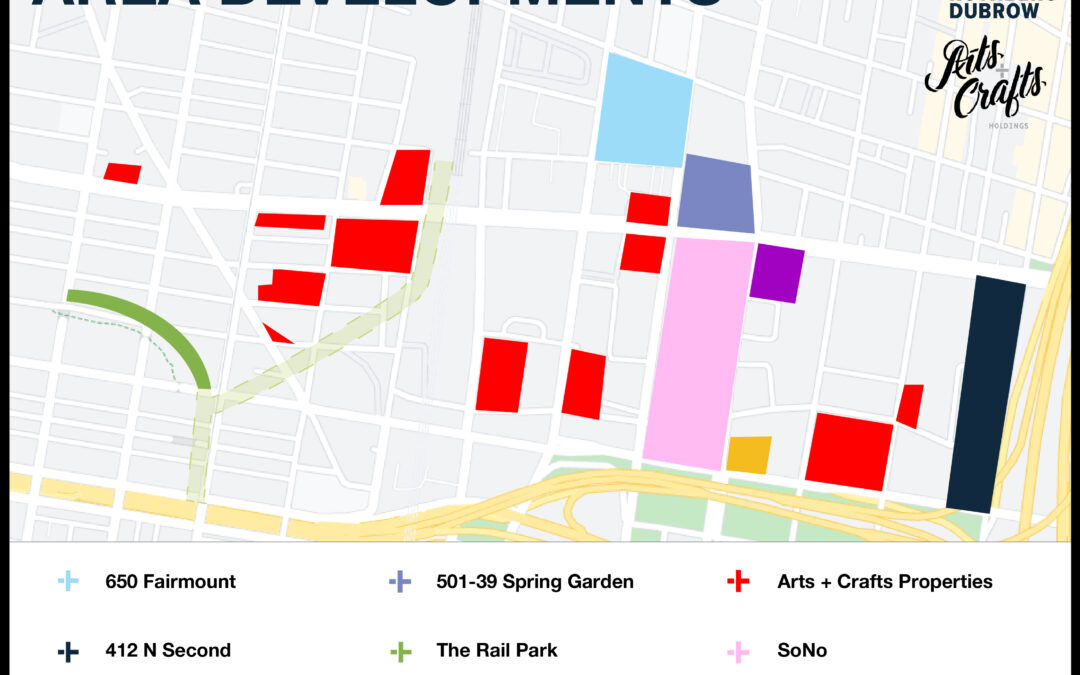 Exciting new developments are underway in the Spring Arts District! This neighborhood is in for a major transformation as multiple, massive mixed-use developments are planned for construction. As one of our favorite parts of the city, we are thrilled by the growing levels of investment in this area. Here are some of the projects we’re most eager to share with you:

Planned stage of the Rail Park which will extend into the heart of Spring Arts.

The single largest owner of adaptive reuse properties in the Callowhill neighborhood. A+C has acquired and redeveloped over 2M square feet of commercial real estate including creative offices, retail & apartments.